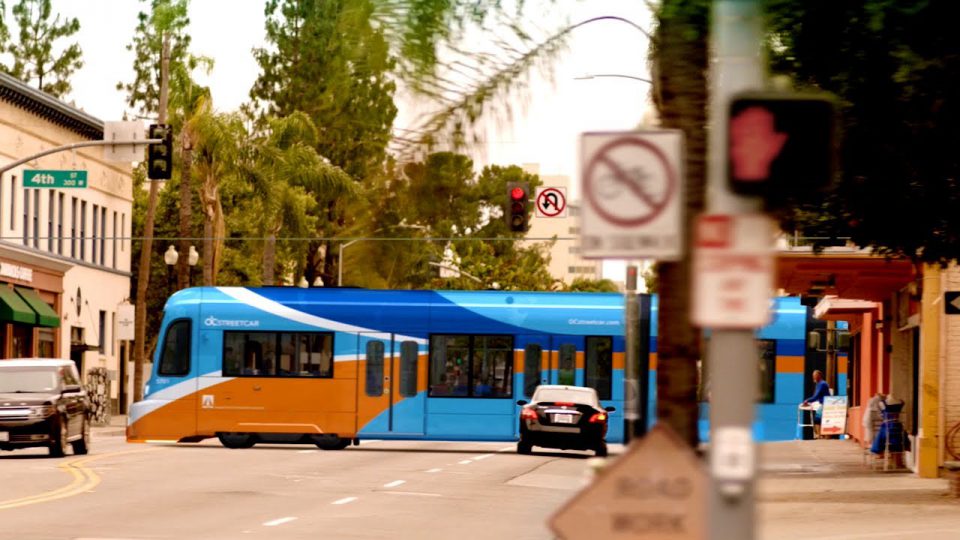 Set to debut in 2022, the construction of the new OC Streetcar reached a major milestone last week when construction crews set the first rail into place that will eventually carry the streetcar vehicles.

The rail was set in place at the intersection of Santa Ana Boulevard and Bristol Street, and crews are continuing working to place rail westbound toward Raitt Street. The rail is part of the 4.1-mile route through Santa Ana and Garden Grove.

“This is an important and very exciting moment for this project as the public can begin to see the actual rail being set into the street for Orange County’s first modern-electric streetcar,” said OCTA Chairman Steve Jones, also the Mayor of Garden Grove. “I hope the community shares my excitement to see this project coming to fruition to provide another important public transit option.”

The OC Streetcar route will serve Santa Ana’s downtown and dense employment areas that include county and local government offices and courthouses in the Civic Center. The streetcar will carry passengers between the busy Santa Ana transit center and a transit stop at Harbor Boulevard and Westminster Avenue in Garden Grove, running along Santa Ana Boulevard, Fourth Street, and the historic Pacific Electric right-of-way and connecting with OCTA’s busiest bus routes.

Beyond the 4.1-mile route, at the Santa Ana transit center, the streetcar will connect with the Amtrak Pacific Surfliner (San Diego-Los Angeles-San Luis Obispo) and Metrolink Orange County line (Los Angeles-Oceanside) and Inland-Empire line (Oceanside-Riverside-San Bernardino) furthering the reach of public transportation options for residents and visitors along the route.

Six vehicles – with two spares – will operate daily, making stops at 10 locations in each direction every 10 to 15 minutes. Manufacturing of the Siemens S700 streetcar vehicles began in late 2019 and are being built in northern California.

For more information on the project and to see a video celebrating the milestone of the first rail being set, please visit www.ocstreetcar.com.