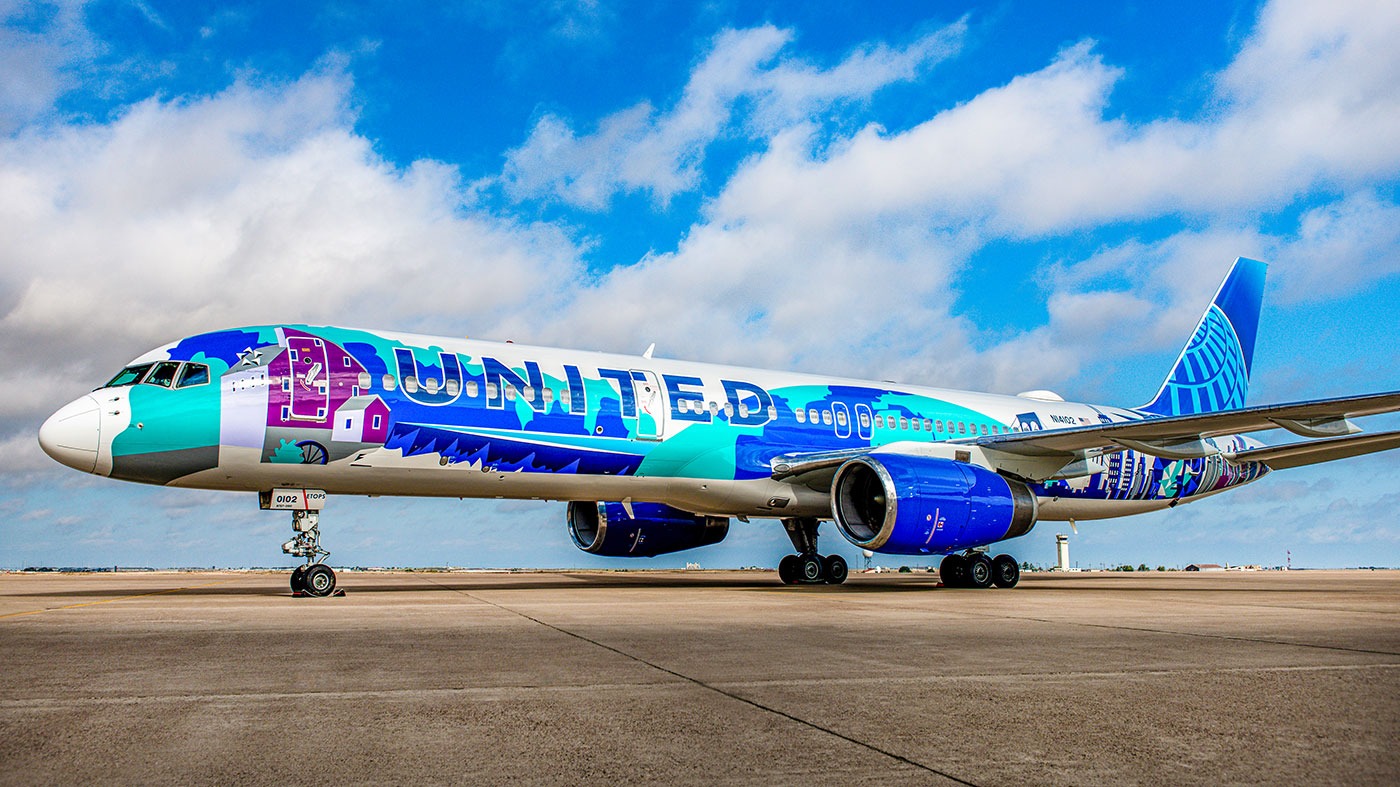 United Airlines has officially welcomed a one-of-a-kind livery to its fleet that was created by a New Jersey native as a tribute to the New York/New Jersey region the airline serves from its Newark Liberty International Airport hub. Designed by artist Corinne Antonelli, the Boeing 757 features iconic imagery from the two states including the historic Red Mill in New Jersey, the New York City skyline and the Statue of Liberty, as well as a globe signaling United Airlines worldwide connectivity.

Ms. Antonelli designed the aircraft as part of United’s Her Art Here contest, a competition that gave female artists the chance to use an airplane as their canvas and inspire women around the world who are interested in a career in the arts. According to the National Museum of Women in the Arts, while 51% of today’s artists are women less than 13% of the art on display in museums in the U.S is by female artists.

“It still feels like I am dreaming! I have seen the design on paper countless times, but now to see it, at its full scale in the physical world, there are no words to describe how proud I feel. My goal as an artist is to have people experience my art rather than just view it in a gallery, therefore having it displayed on an airplane has certainly been the most rewarding feeling I’ve ever experienced in my art career,” noted Antonelli, who lives in Washington, NJ and is studying illustration at Ringling College of Art and Design in Florida.

Her Art Here is the first-of-its-kind contest designed to find and uplift underrepresented women artists by providing a chance to have their work painted on a canvas like no other — a United Airlines aircraft. Having their designs painted on a Boeing 757 provides artists with a traveling canvas that flies on average 1.6 million miles a year and 476 cross-country trips. The aircraft is roughly 3,666 times larger than the typical 18″ x 24″ canvas.

The Her Art Here contest was open to those who identify as a woman, including cisgender, transgender, woman-aligned or non-binary, and reside in the United States, and asked artists to visually represent either New York/New Jersey or California, two key markets for the airline, in their own style, while combining the company’s mission and what the communities in each region mean to the artist. Entries were scored by a panel of judges based on contest criteria and winners were determined based on a combination of judges scores and public voting. The California livery will be unveiled in the coming weeks.