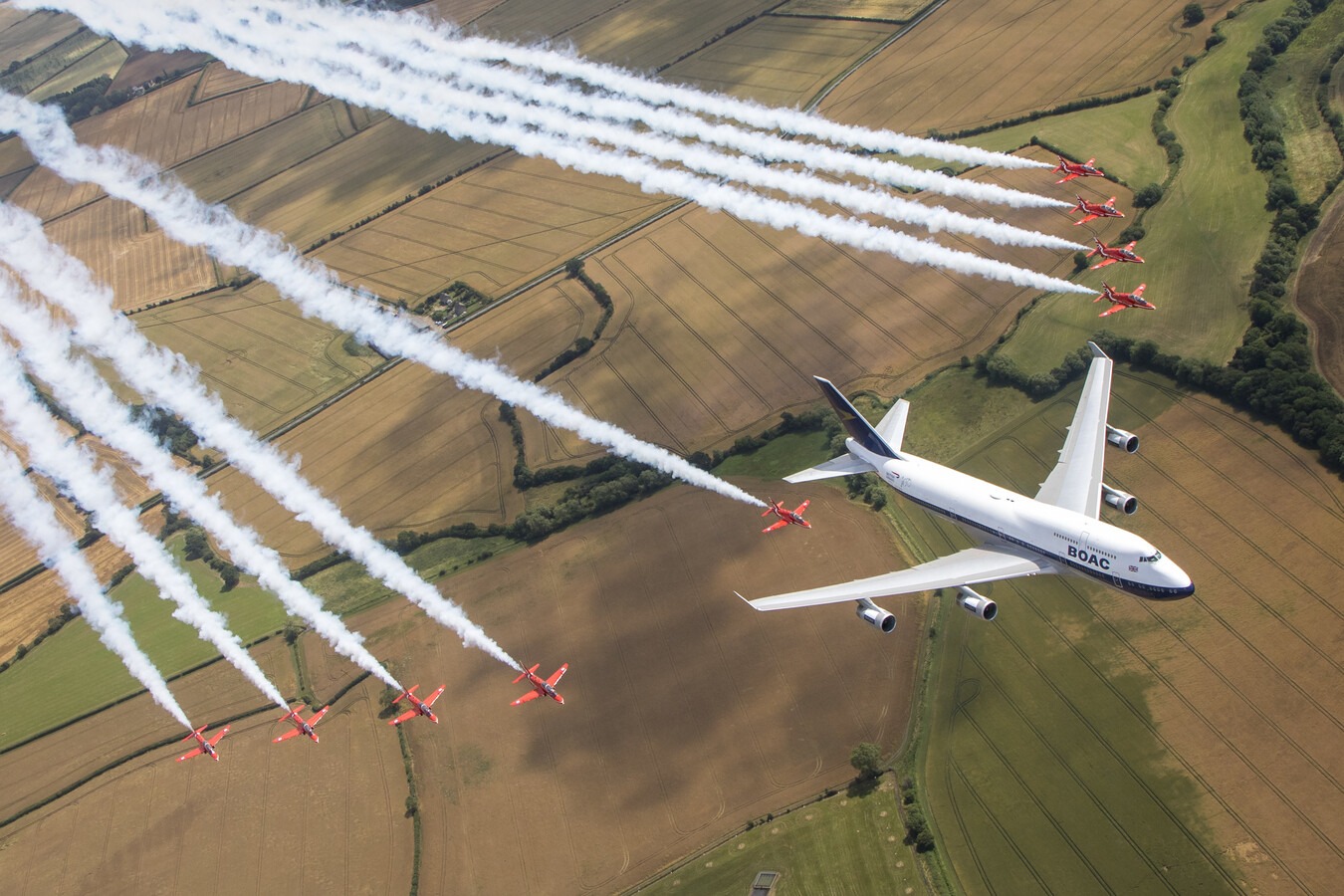 Tomorrow morning, British Airways’ final two London Heathrow based Boeing 747 aircraft are scheduled to depart for the last time. One aircraft is painted in its heritage ‘Negus’ livery and the other in its current Chatham Dockyard livery.

To commemorate G-CIVB and G-CIVY’s final take-off from the airport at 8:30 a.m., the airline has arranged a special send-off with a unique and rarely seen synchronized dual take off on parallel runways (The departure of the aircraft and dual runway take-off is weather dependant and could be subject to change on the day), which will be followed by fly-by along the southerly runway by one of the aircraft (G-CIVY in current BA livery) as it bids its home a final farewell.

Keeping spectators safe for the special occasion, British Airways will be live streaming moments from the departure on Facebook and is also inviting its colleagues, aviation enthusiasts, and passengers to share any special memories or photos of British Airways’ 747s on social media channels at 7:47 a.m. and 7:47 p.m. tomorrow using the hashtag #BA747farewell.

Alex Cruz, British Airways’ Chairman and CEO, said “Tomorrow will be a difficult day for everybody at British Airways as the aircraft leaves our home at Heathrow for the very last time. We will pay tribute to them for the incredible part they have played in our 100-year history and to the millions of customers and BA colleagues who have flown on board and taken care of them.

While British Airways hadn’t planned on retiring its 747s for a few more years, the pandemic accelerated that plan due to the reduced need for the aircraft. Thousands of British Airways flight crew, cabin crew, and engineering teams have worked over several decades on and with the aircraft during their time at British Airways during a period when they represented the heart of the airline’s long-haul fleet.

British Airways expects the last 747s (currently positioned in Wales) to leave the fleet by the end of the year. However, these 747s are not currently flying commercial schedules, but instead, they are being used for cargo flights.

British Airways’ Steels the Deal with new route to Pittsburgh