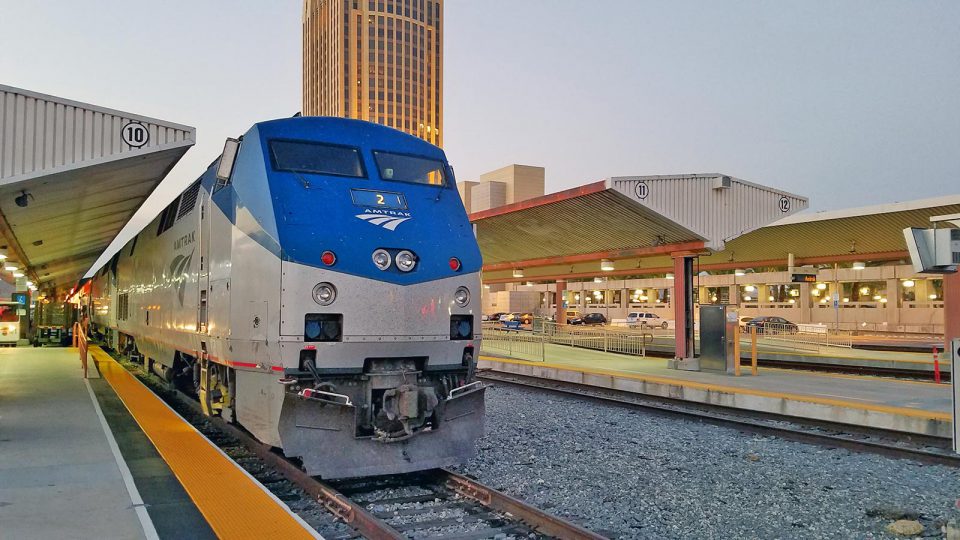 Los Angeles is home to hundreds of icons, legends, and countless other premiers. However, in May of 1995, there was one premier that didn’t roam the streets of Hollywood or make it to the big screen, but had fame just the same. From the result of countless hours of planning and dedication, the Amtrak Coast Starlight Product Line introduced, the now iconic, Pacific Parlour Car.

Venturing between Los Angeles, San Francisco, and Seattle, the Coast Starlight has always been one of the more popular routes in the Amtrak network. From gliding alongside the shores of the Pacific Ocean for hundreds of miles to climbing through the peaks of the Cascade Mountains, the scenery is breathtaking and the destinations are popular. The Coast Starlight team worked to make the route even more entertaining with the introduction of “Superior Service,” which included upgraded dining experiences, refreshed amenities and lastly, the Pacific Parlour Car, a first-class lounge car dedicated to passengers traveling in private sleeping accommodations. The concept of a first-class lounge car was something passenger trains hadn’t seen in nearly 30 years.

With the introduction of the new car, passengers quickly became enthralled and looked forward to the several features that the Pacific Parlour Car offered: afternoon cheese and wine tastings from vineyards along the route, private dining options, and a small theatre on the lower level of this glass-topped bi-level passenger car.

Even though the Pacific Parlour Car was a new feature to the Coast Starlight, it was in fact, was a car built in 1956 by the Budd Corporation for the Santa Fe Railway’s El Capitan train between Los Angeles and Chicago. While many freight railroads throughout the United States were re-equipping passenger trains in the mid to late 1950s as a last ditch effort of the decline of passenger train, the Santa Fe was no exception.

Unfortunately, many freight railroads ended their services in April of 1971 and starting May 1, 1971, Amtrak become the operator of many passenger trains throughout the country. While Amtrak operated a skeleton system compared to what was in operation days before, Amtrak was fortunate enough to inherit many passenger cars from the freight railroads. These cars included the famous Sante Fe El Capitan bi-level cars that included what would eventually become the Pacific Parlour Car over 20 years later.

Hundreds of thousands of miles later and thousands of passengers served, the iconic Pacific Parlour Cars are arriving at the station for the final time. Recently, under new executive management, Amtrak announced that the cars and service offerings will be retired in February, just over a month of the initial announcement.

In a release from Amtrak, the company stated, “Retiring the Parlour Car is part of Amtrak’s ongoing work to modernize its fleet of equipment. Amtrak is reviewing what amenities offered in the Parlour Car will be available in the future.”

So after over 20 years of roaming the rails, the last Pacific Parlour Car run departs Seattle today and will arrive into Los Angeles Union Station on the evening of Monday, February 5, 2018. It has been a great run and the Pacific Parlour cars will be missed.

More trains in the Pacific Northwest