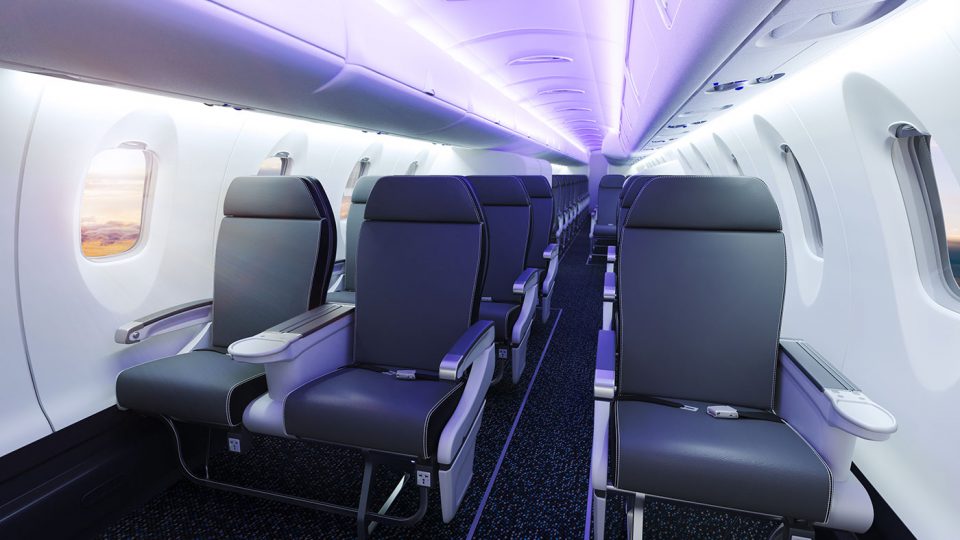 In an effort to make regional flying more enjoyable and customer-friendly, United is introducing a new aircraft, the Bombardier CRJ-550, at the end of the month. Tickets for these selected routes go on sale starting Saturday, October 12 for travel beginning Sunday, October 27, 2019.

The CRJ-550 is the world’s only 50-seat regional aircraft to offer true first-class seating and other premium amenities, including:

Initially, the CRJ 550 will fly between Chicago O’Hare and:

Additional cities will be added over the coming weeks from United hubs in Chicago, New York/Newark, and Washington Dulles. For additional details, including fares and schedules, visit united.com.

Image: Rendering of the interior of the new CRJ-550. Bombardier.

By Air and By Sea, It’s San Francisco Fleet Week