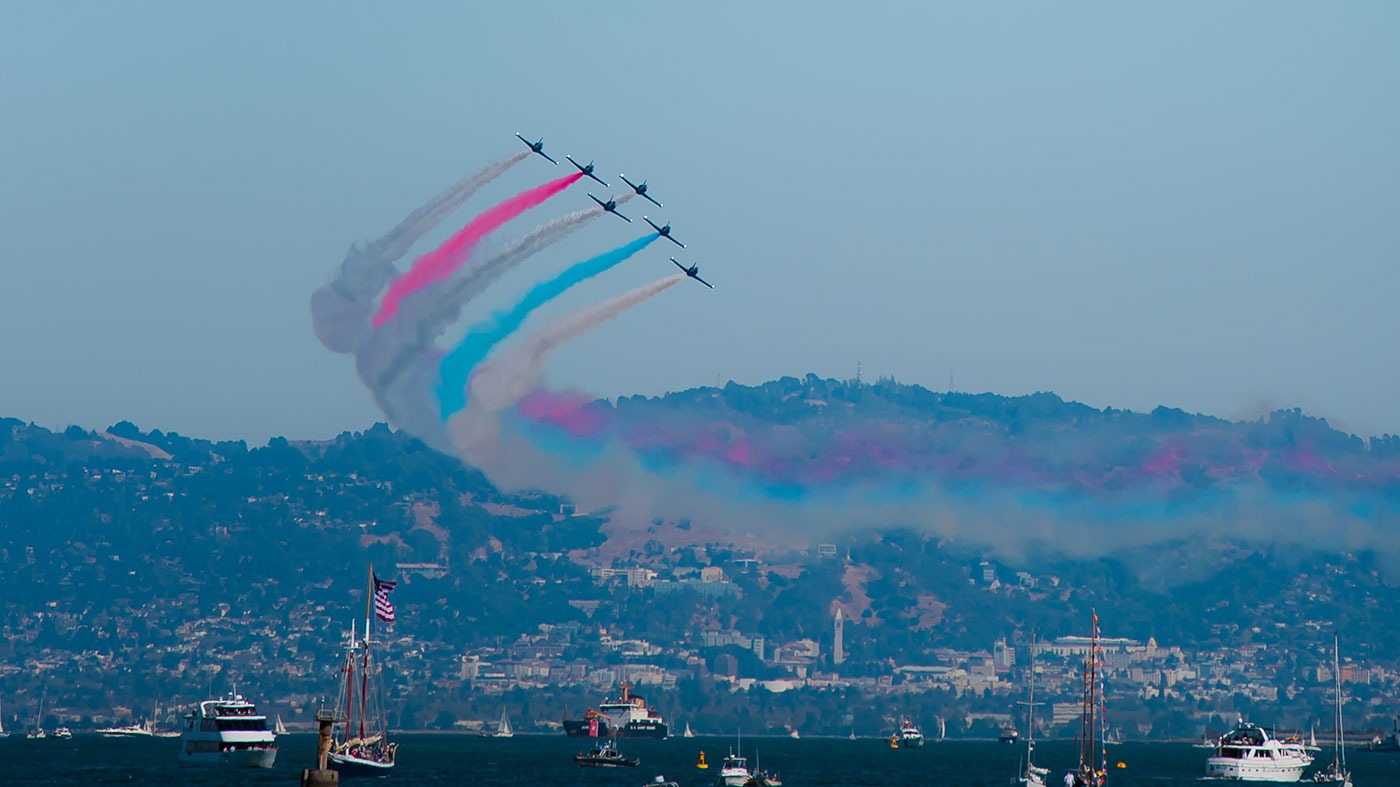 By Air and By Sea, It’s San Francisco Fleet Week

Starting in 1981 and taking place every October on the Marina Green over Columbus Day weekend, San Francisco Fleet Week’s air show, parade of ships, and many community events have become a significant and integral part of the city’s local culture and economy. While there’s plenty to do and see during Fleet Week, one of the most exciting spectacles is the Blue Angels soaring through the sky.

On Friday, October 11, starting at 11:00 a.m., residents and visitors alike can fill the shoreline of Crissy Field and the Marina Green to view the Fleet Week parade of ships sail under the Golden Gate Bridge. Once docked, many of the participating ships will be open for tours on October 9-14, 2019. The Blue Angels will be back to dazzle spectators with thrilling high-performance maneuvers over San Francisco Bay. A variety of family-oriented special events will be staged along the waterfront and PIER 39.

San Francisco Fleet Week is an annual public event that honors the contributions of the men and women of the United States Armed Forces while advancing cooperation and knowledge among civilian- and military-based Humanitarian Assistance and Disaster Response personnel.

While the shows and tours are free, premium viewing options are available. For complete details including daily schedules, visit San Francisco Fleet Week.

SFO Welcomes Alitalia Nonstop Service from SFO to Rome in 2020