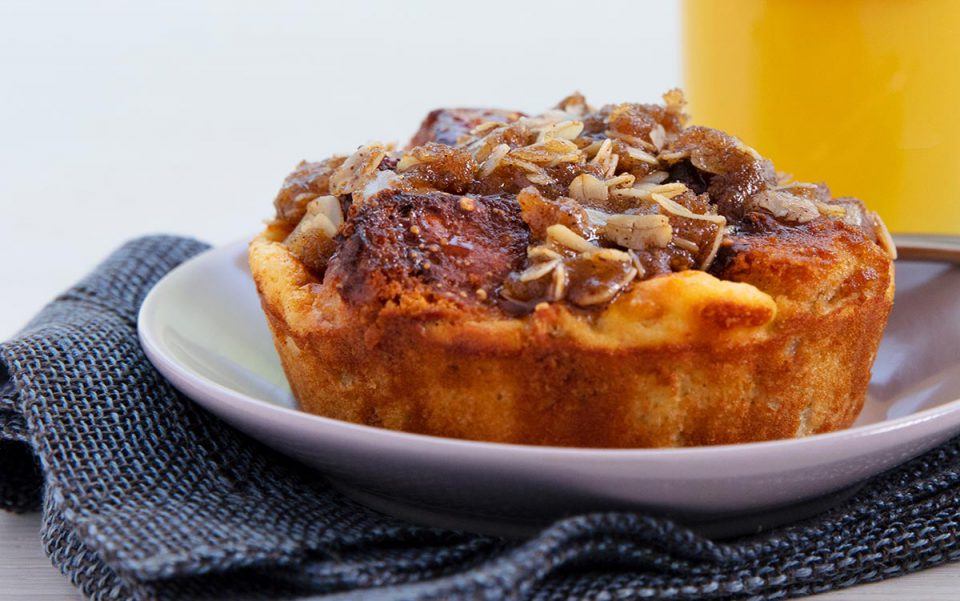 Working to bring new items to the on board menu, United Airlines and Chobani® have partnered together to make of the newest breakfast selection for the “Bistro on board” program. Starting this week, the banana bread pudding, created exclusively for United Airlines, is available on a variety of domestic flights as well as flights to Canada, Mexico, Central America, and the Caribbean during regular morning hours (flights departing between 5:00 and 9:44 a.m.)

Inspired by recipes from Chobani®, United and Chobani® Chef Jake Briere reviewed dozens of breakfast concepts ranging from sweet to savory before landing on the banana bread pudding, which gives United customers a taste of fall in a comforting morning entree that is served warm. It is made with banana bread pieces and butterscotch chips baked in a vanilla egg custard and topped with oats, brown sugar and cinnamon. Chobani® Vanilla Greek Yogurt is used as a substitute for heavy cream, giving the dish a modern, healthier twist.

“Working with Chobani® to develop this recipe underscores the importance we place on offering customers an incomparable inflight dining experience,” said Charlean Gmunder, United’s vice president of catering operations. “Our fall menu entrees are both savory and comforting; we’re confident that our customers will find something to enjoy during their journey.”

Beginning October 1, a new cheeseburger and chicken parmesan sandwich will be available for purchase on the lunch and dinner menu, which is offered on flights within the U.S. and flights to Canada, Mexico, Central America and the Caribbean departing between 9:45 a.m. and 8:00 p.m. The new white cheddar cheeseburger is a beef patty with white cheddar cheese on an Asiago bun. It will be served with United’s assortment of Sir Kensington’s condiments, which include chipotle mayonnaise, ketchup and mustard. The new chicken parmesan sandwich features breaded chicken, mozzarella cheese and basil marinara sauce on an Italian-herbed ciabatta roll.

‘The World’s Most Magical Celebration’ Begins October 1 at Walt...

Southwest Touches Down in Chicago at O’Hare International and Sarasota,...