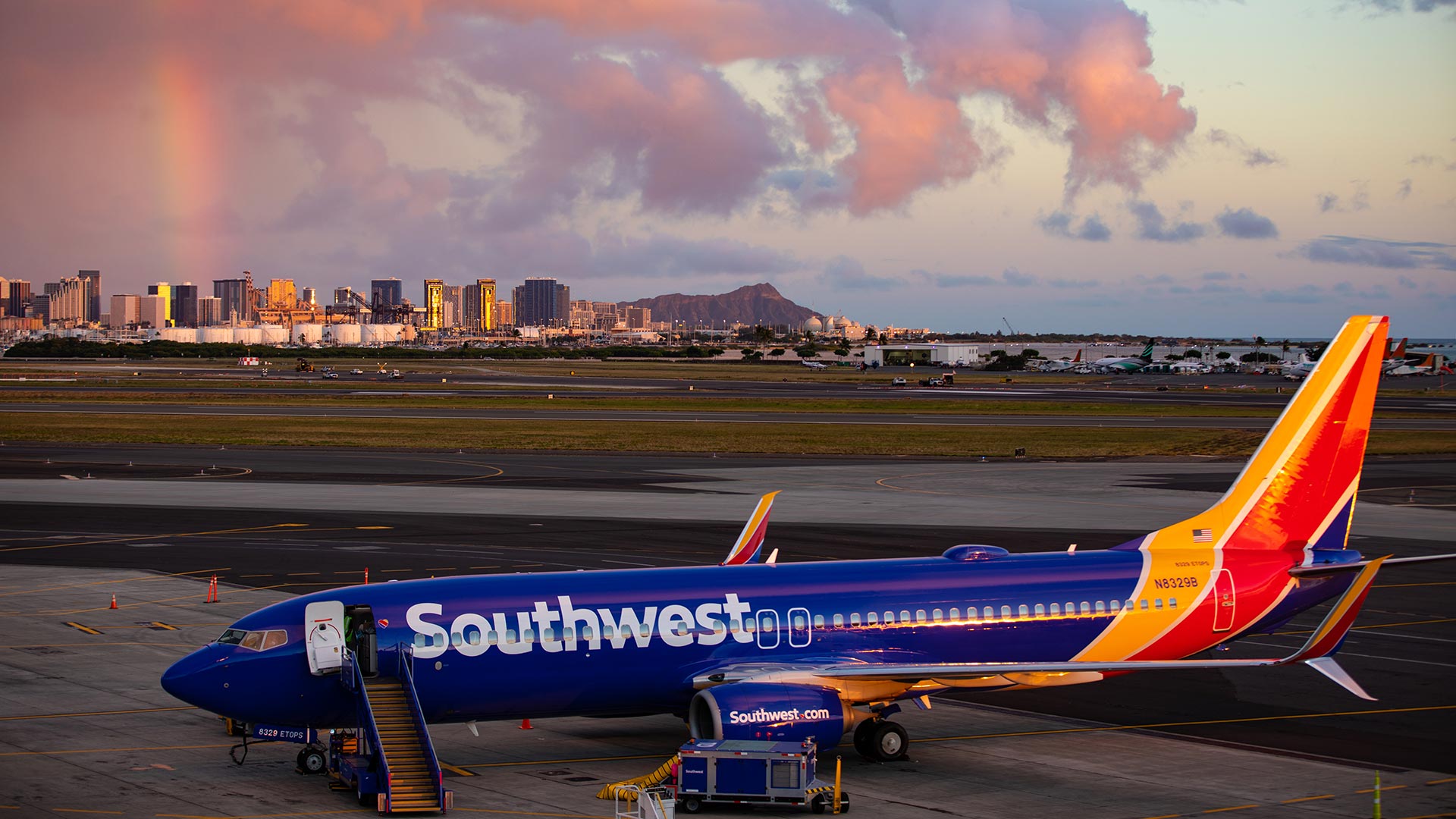 Flights from these three new cities will compliment Southwest’s current range of flights from five California cities. With the new flights starting next month, Southwest travelers will gain access to Hawaii from over 40 Southwest cities throughout its network.

“We’re building on an era of affordability that Southwest initiated for Hawaii air travel. These new flights bring Hawaii service closer to more of our Customers who live near airports across the West, and make it possible to choose Southwest to fly between the Aloha State and cities as far east as Nashville, without spending an entire overnight in the air,” said Andrew Watterson, Chief Commercial Officer & Executive Vice President for Southwest Airlines. “We believe Southwest offers an economy product to Hawaii, which Customers will find comfortable and seating with ample legroom for all, free onboard entertainment for all, flexible policies for all, and our multi-award winning warmth of Hospitality seamlessly aligns with the Aloha Spirit.”

On the new Las Vegas service, Watterson said: “We delivered on the second, most-asked request we’ve heard from people in Hawaii–after we answered a call to offer affordable interisland flying as part of our initial entry into Hawaii in spring 2019—by connecting Hawaii with nonstop service to Las Vegas, ‘the ninth island,’ where Southwest currently offers nearly 200 flights a day to more than 60 airports.”

On the new Los Angeles service, Watterson said: “Headed to Hawaii? Take the first door on the right at LAX. Approaching two decades as the largest air carrier for California travelers, we are bringing nonstop service to four airports in the Hawaiian Islands as close as LAX Terminal 1. Los Angeles becomes our sixth Hawaii gateway in California.”

On the new Phoenix service, Watterson said: “Phoenix is another place where more locals fly with Southwest than any other carrier—we’ve grown since launching Phoenix in 1982 to offer service currently to nearly 60 cities nonstop on more than 180 departures a day—and Hawaii service on Southwest is a longtime request. Phoenix becomes another place where our Customers, who appreciate our standard comfort and value for everyone onboard now can fly Southwest nonstop to and from multiple Hawaiian Islands every day during waking hours.”

On the new San Diego service, Watterson said: “We’re doubling our Honolulu service for San Diego while also adding new flights to the Island of Hawaii, Maui, and Kauai to answer requests we’ve heard on both sides of these new routes. Our military travelers in San Diego especially benefit from these time-saving options as we’re also bringing them new nonstop options between San Diego and Norfolk/Virginia Beach this summer.”

As part of this new flight schedule of Hawaii service, Southwest will increase flights from three additional California cities.

For complete details, including schedules and fares, visit Southwest.com.

Amtrak Offers Buy One Get One Free Roomette Ticket Sale