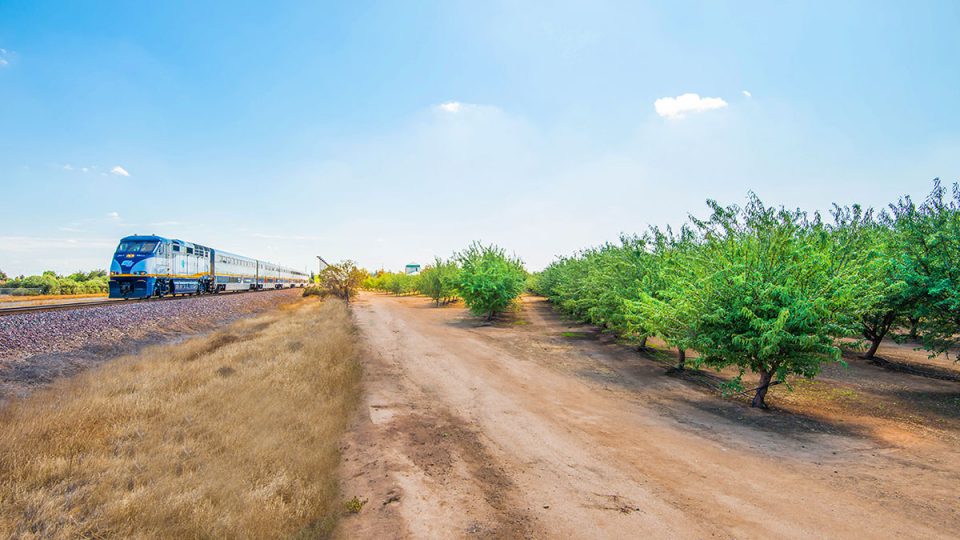 Traveling between the Bay Area, Central Valley, and Southern California becomes even easier starting today. Effective today, the Amtrak San Joaquins (San Francisco/Sacramento-Fresno-Bakersfield) now features what is called “slotted” scheduling as well as a return to a full-corridor schedule.

So what is “slotted” scheduling? It means that all trains in a specific direction are scheduled to depart at a specific time on all trains throughout the day. For example, instead of trains departing Oakland’s Jack London Square at 9:00 a.m., 11:17 a.m., and 3:33 p.m., they now will all depart at 12 minutes past the hour. Studies have shown that when schedules are easier to remember, ridership increases because of it.

Additionally, the schedules have been redesigned to be more evenly spaced throughout the day. Now, most trains are just about two hours apart from each other in the Central Valley. Also, the schedule now features full-corridor service again with the late evening and early morning trains returning to Bakersfield instead of ending and starting in Fresno.

Bigger changes are expected for the San Joaquins route next year with the introduction of the eighth and ninth frequencies along the route. The San Joaquin Joint Powers Authority was awarded $500.5 million for the “Valley Rail” project from the State of California for a Transit and Intercity Rail Capital Program grant application in 2018. This award will fund the additional train services, as well as greater connections with two other state routes, the Capitol Corridor in the Bay Area and the Pacific Surfliners in Southern California.