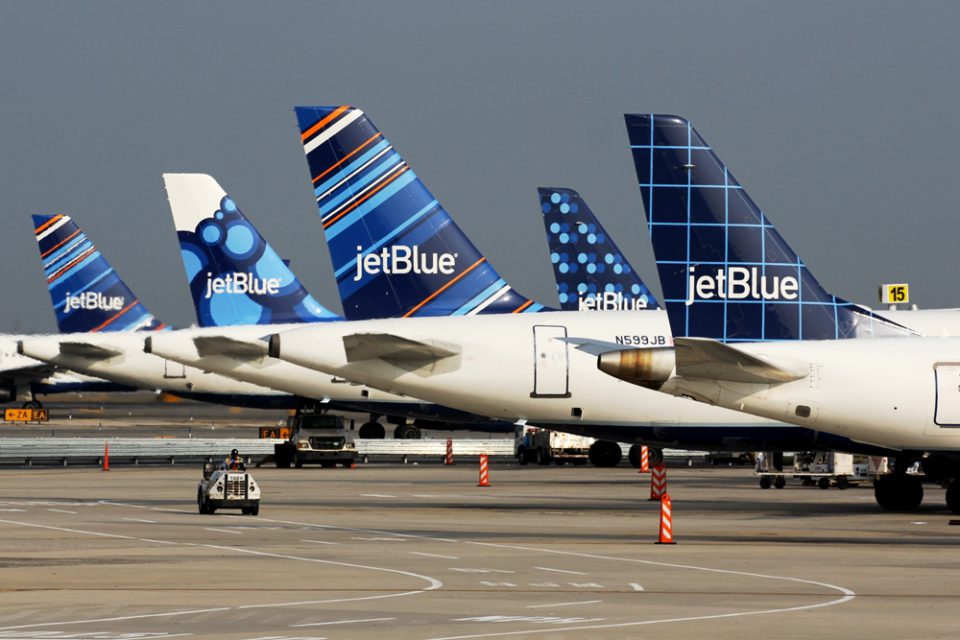 JetBlue announced it is further expanding its presence between the Empire State and California by launching daily non-stop service between Buffalo Niagara International Airport (BUF) and Los Angeles International Airport (LAX). The announcement was made today at the airport in Buffalo by JetBlue President and CEO Robin Hayes and U.S. Senator Chuck Schumer of New York. The new service begins Thursday, June 16, 2016 and will operate year-round.

JetBlue’s announcement comes as the airline prepares to mark the 16th anniversary of its first flight which departed from Buffalo. Today, JetBlue serves nine markets in California nonstop from New York, three times more than any other airline from the Empire State and when the new Buffalo-Los Angeles route takes off JetBlue will operate three dozen unique transcontinental routes. It will also be the only airline to operate a nonstop flight between upstate New York and California, bringing added convenience and value to customers in both regions.

“It’s a terrific day for both Buffalo and JetBlue,” said Robin Hayes president and CEO, JetBlue. “Connecting our inaugural JetBlue city in upstate New York to the West Coast with a nonstop flight further demonstrates our commitment to The Empire State and dedication to entering markets where our customers want us to fly.”

The announcement reaffirms JetBlue’s commitment to New York and the eight airports it serves across the Empire State. In December JetBlue started service in Albany and last month added additional service from Syracuse. JetBlue also serves airports in Newburgh, Rochester, and Westchester County, as well as New York’s LaGuardia Airport and John F. Kennedy International Airport. From JetBlue’s largest base of operations at JFK’s award-winning Terminal 5 the airline operates non-stop flights to 70 destinations across the U.S., Caribbean and Latin America.

“Beginning this summer, JetBlue will fly directly from Buffalo to Los Angeles and back,” said Senator Charles Schumer. “Los Angeles is the most frequent destination for travelers from Buffalo that does not already have a direct flight. In 2013, I asked JetBlue to add this flight, knowing it would be a game changer for regional tourism in Western New York, and I am now thrilled they have heeded our call. JetBlue continues to grow their presence and service within New York State, and I appreciate their commitment to this region. The addition of this flight will not only dramatically increase travel options for Buffalonians, it will also bring even more Canadian travelers through the Buffalo Niagara International Airport,” said Schumer. “Western New York residents will have access to new, low cost carrier flying in and out of their local airport. Buffalo will become a ‘welcome mat’ for visitors from LA and travelers from Canada, who will enjoy our top notch restaurants, hotels, and other tourist attractions during their trip.”

Buffalo Niagara International Airport, located 11 miles from downtown Buffalo and the U.S. side of the Niagara River, is the busiest airport in upstate New York. In addition to the Buffalo community, the airport is also an attractive gateway to some 2 million Canadian travelers who utilize the airport annually to benefit from lower taxes and more competitive fares to U.S. destinations.

“Since their inaugural flight in February of 2000, JetBlue has been has been a linchpin in the growth and success of our airport,” said William R. Vanecek, Buffalo Niagara International Airport Director of Aviation. “This new destination will continue to add momentum to their presence at the BNIA. This is the first time we’ve had nonstop service to the West Coast and I am confident that these Los Angeles flights will be popular not only with people in Western New York, but also very attractive to the thousands of Canadian customers that use our airport each month.”

“For the past 16 years JetBlue has been instrumental in the success and development of our airport,” said Howard A. Zemsky, Niagara Frontier Transportation Authority Chairman. “At that time Senator Schumer played a pivotal role in bringing JetBlue to Buffalo, and now once again, he has been influential in helping secure nonstop service to Los Angeles from our airport. I want to thank Senator Schumer and JetBlue for their unwavering commitment on behalf of the citizens of Buffalo Niagara.”

JetBlue will operate the route using its Airbus A320 aircraft offering the airline’s award-winning service; free Fly-Fi, the fastest broadband internet in the sky; complimentary and unlimited name-brand snacks and soft drinks; free, live DIRECTV® programming and 100+ channels of SiriusXM® radio at every seat.