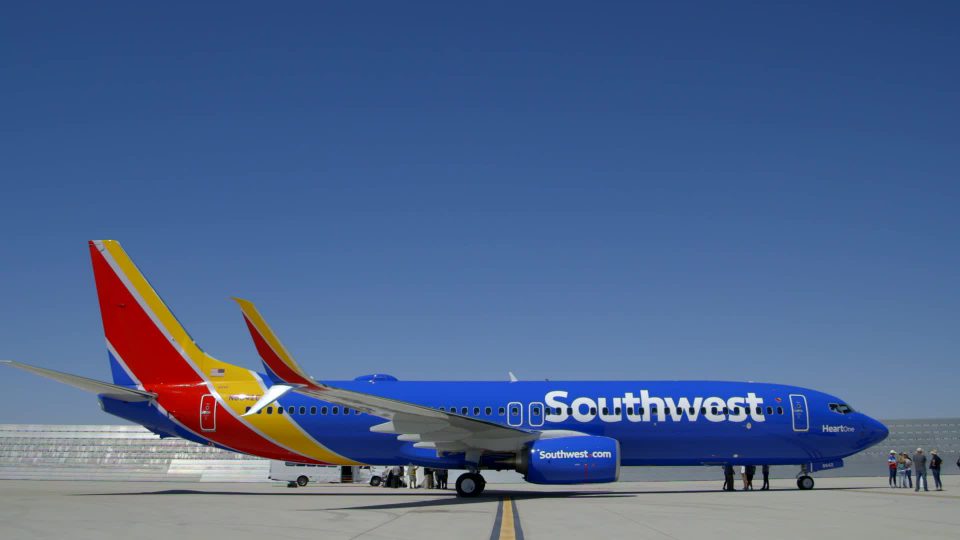 At a morning news conference that began just as Southwest Flight 305 to Cancun departed from one of five gates in the airport’s new west concourse, Southwest’s local Employees and Company Leadership joined many Houstonians who played a role in bringing international service back to William P. Hobby Airport.

“Our roots run deepest in Houston, one of our original Southwest cities, where our friendly People offer reliable service at low fares and help make Southwest the airline that now flies more travelers in the U.S. every day than any other carrier1,” said Gary Kelly, Chairman, President and CEO.  “It’s a fitting place to firmly plant our investment to connect Houstonians and millions of Southwest Customers who will pass through this facility to what’s important in their lives across a growing list of international service options.”

“Houston’s already strong connection to the Americas — both culturally and economically — just got even stronger,” said Mayor Annise D. Parker. “Houston has a well-earned reputation as a great place to do business, but it also features world-class amenities and an amazing quality of life. This partnership with Southwest will help provide limitless opportunities for businesses, residents, and tourists from the Americas to experience all of that.”

In 2012, the Houston City Council overwhelmingly approved Southwest Airlines’ proposal to expand service across borders from William P. Hobby Airport by building the new international concourse and Federal Inspection Station, thus “freeing Hobby” from domestic-only capability and a historically monopolized market long-burdened by high international airfares.  Southwest broke ground on the new facility on Sept. 30, 2013, and two years later has completed the $156 million project both on time and under budget. Southwest worked diligently throughout the construction to give opportunity to Small Business Enterprise and Minority and Women-owned Business Enterprise (SBE / MWBE), and has exceeded City of Houston SBE / MWBE requirements.

“CBP is proud to have worked with Southwest Airlines and the City of Houston to bring international air service to Houston Hobby Airport after a 46-year hiatus,” said Commissioner R. Gil Kerlikowske. “CBP is strongly committed to promoting travel and tourism to the United States by improving the international arrivals experience and the opening of this new international terminal, along with our Trusted Traveler Programs and Automated Passport Control are important steps to enhancing travelers’ arrival experience.”

In addition, seasonal service on Saturdays connects Houston nonstop with San Juan, Puerto Rico, and Oranjestad, Aruba, making a total of ten nonstop routes across Latin America and the Caribbean available to Southwest Customers using Hobby Airport.  All the new flights are available for purchase at Southwest.com.

1 As measured by the Department of Transportation O&D Survey for the twelve months ended March 31, 2015 based on originating passengers boarded.

JetBlue Advances Effort to Become the Only U.S. Airline With Free High-Speed Wi-Fi on Every Aircraft