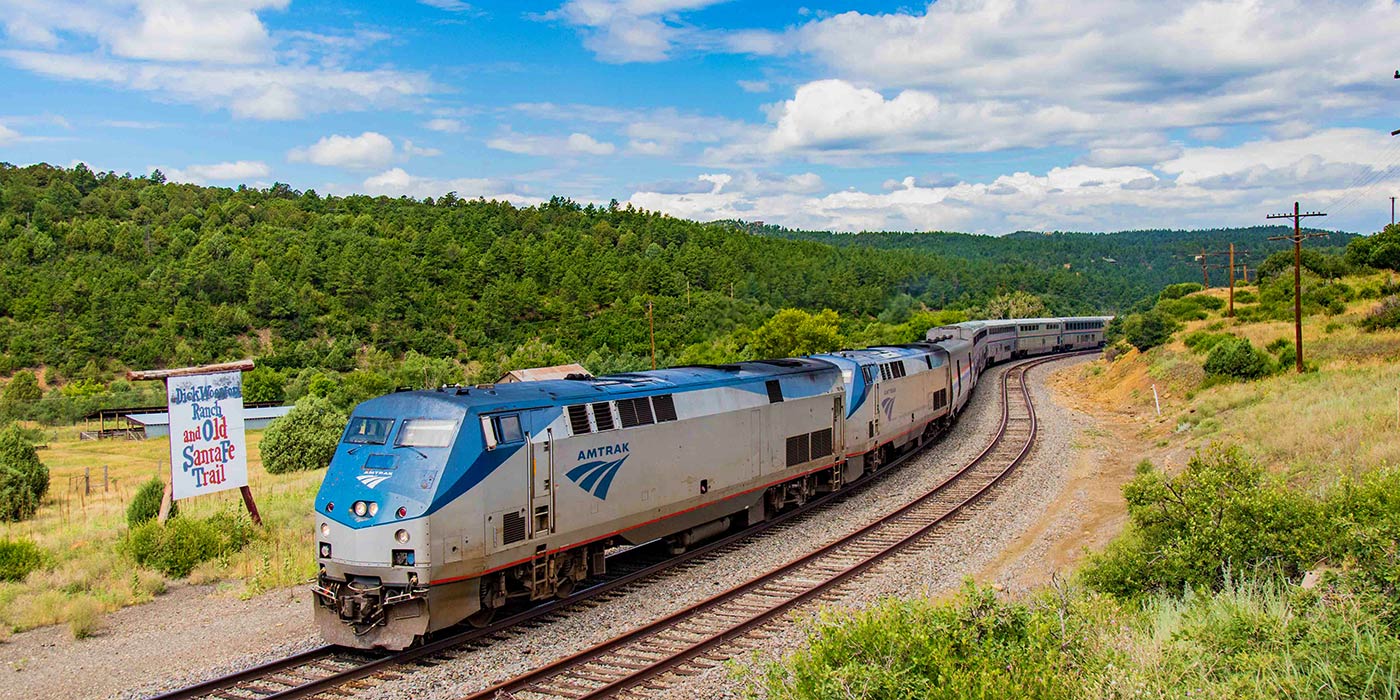 Long before the start of Amtrak in 1971, the Santa Fe Railway operated impeccable passenger trains between Los Angeles and Chicago through Albuquerque and Kansas City. The fastest of the trains, the Super Chief, took only 39 and 3/4 hours to complete the journey. One of the highlights of the trip was crossing the Continental Divide and Raton Pass.

Due to the elevation of the pass itself, along with the climb, the owner of the tracks, the Santa Fe, now BNSF Railway actively started moving its freight trains to a more southernly route. This allowed for the railway to operate trains at a faster pace because of the reduced climbing needed along the route.

Today, Amtrak’s Southwest Chief travels between Los Angeles and Chicago following the route of the famed Super Chief. However, with the BNSF Railway routing its trains on the more southern route, that left the Southwest Chief as the only regularly scheduled train to operate over the 3.3 percent grade, the steepest rail route in regular U.S. use. The pass has been a National Historic Landmark since 1960 and sits at an elevation of 7,834 feet.

With regular operation comes the requirement of maintenance and servicing of the railroad itself. In recent years, the question has arisen more than once about the continued operation of the Southwest Chief over this section of the railroad. However, between 2016 and 2020, Amtrak has committed $15.8 million in direct funding for the route of the Southwest Chief, and an additional $12.8 million in matching funds to previously awarded federal grants.

Following an Amtrak-led process, the Federal Railroad Administration awarded a $5.6 million Consolidated Rail Infrastructure and Safety Improvements (CRISI) grant to stabilize and rehabilitate the route in Colorado and New Mexico. Combined with $4.9 million in Amtrak federal funds set aside for this service and $1 million from the New Mexico Department of Transportation (NMDOT), a total of $11.5 million will be invested from Trinidad, Colo., to south of Lamy, N.M.

This is the fifth federal grant that the route has received. There is still a strong need for renewal and restoration to bring the route to a more robust condition. Upon completion of these and other improvements, the route will remain productive for years, even decades, to come.

Amtrak has also invested between $4 and $8 million annually in this segment, outside of any grant programs, including selective installation of ties, replacing bolted rail in curves, and bridge or culvert repair.

“Starting in 2014, a team of elected and private officials formed a coalition with Amtrak that has been successful as shown by matching funds from the states and Amtrak, the political backing for the train by the region’s Congressional delegation, and the continued support by the cities, counties, and communities alongside the railway,” said Bill Flynn, Amtrak President & Chief Executive Officer. “Our past and current investments, from Kansas through Colorado and New Mexico, demonstrate our commitment to the Chief route and also preserve this segment for eventual inclusion in a north-south connection along the Front Range between Denver and Albuquerque, via Colorado Springs and Pueblo.”

The arid weather conditions and low freight tonnage since 2008 have allowed the right-of-way to remain in stable condition despite its advancing age. Amtrak, NMDOT and BNSF have identified critical areas where investment in the route infrastructure will improve its condition and safety. Additional federal grant applications are expected to be sought.

New ties will be installed on a 31-mile section south of Raton Pass and another six-mile segment in New Mexico, more than 12 miles of bolted rail will be converted to welded rail between Lamy and where Rio Metro’s Rail Runner commuter traffic diverges to Santa Fe, and the decks of two bridges will be rebuilt, along with three grade crossings. Work is expected to begin in 2021 and carry into 2022.

BNSF commissioned a geotechnical assessment to provide recommendations for the reduction of rockfall hazards at Raton Pass, Glorieta Pass and Shoemaker Canyon. The grant will fund additional stabilization and protection measures.

For more information on the Southwest Chief, visit Amtrak.com.