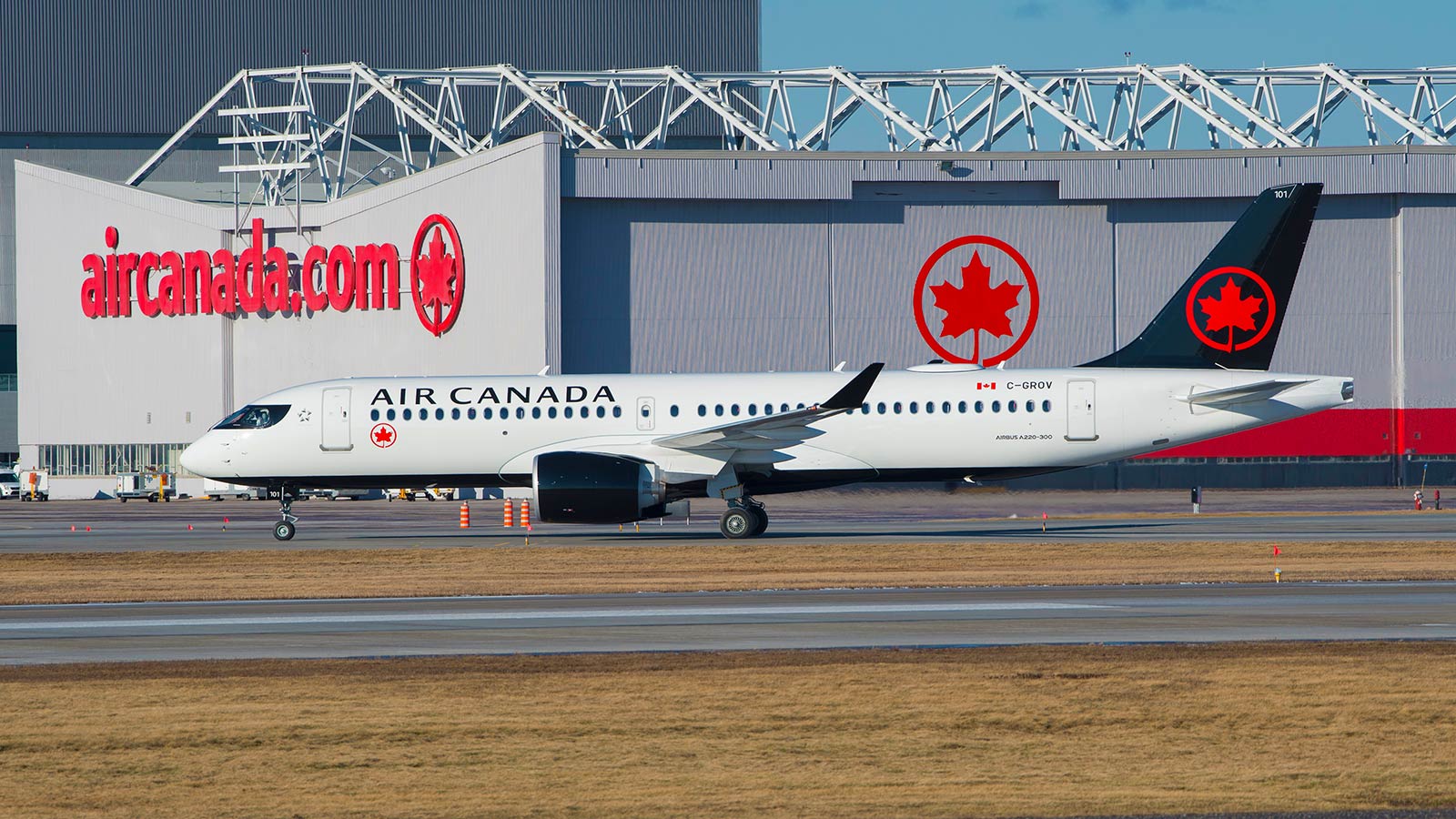 Air Canada has unveiled the newest member of its fleet, the Airbus A220-300. The A220’s state-of-the-art design and cabin are destined to be extremely popular with passengers. Not only is the A220 a completely new aircraft built from the ground up, but one that will allow Air Canada to introduce new routes throughout North America.

“This is a historic moment for Air Canada as we welcome the Airbus A220 into our fleet. We are the first airline in Canada to operate this next-generation aircraft, which was designed by Bombardier in Mirabel, Quebec. Our customers will enjoy a level of comfort unrivaled on a single-aisle aircraft and the A220’s operating efficiencies promise meaningful environmental and cost benefits,” said Calin Rovinescu, Air Canada’s President and Chief Executive Officer.

Read about Air Canada’s announcement of the A220 and the new routes it will be featured on starting in May.

“Airbus is very proud to be celebrating with our longstanding customer Air Canada, as they add their first A220 to their fleet. Airbus has been in Canada for over 35 years, and we are becoming even more Canadian as passengers from Canada are about to discover a brand new flying experience onboard this state-of-the-art Canadian-designed and built aircraft,” said Philippe Balducchi, CEO, Airbus Canada Limited Partnership and Head of Country Canada for Airbus.

A220 Opens Up New Opportunities for Air Canada

The first two new A220 routes for Air Canada begin May 4, 2020, with the launch of Montreal-Seattle and Toronto-San Jose, California service, the only non-stop service between these city pairs.

“The A220 will allow Air Canada to further strengthen our position on transborder and transcontinental markets and be instrumental in our continued growth,” said Mark Galardo, Vice President of Network Planning at Air Canada.

Delta to fly nonstop between Detroit and San Jose, Calif.