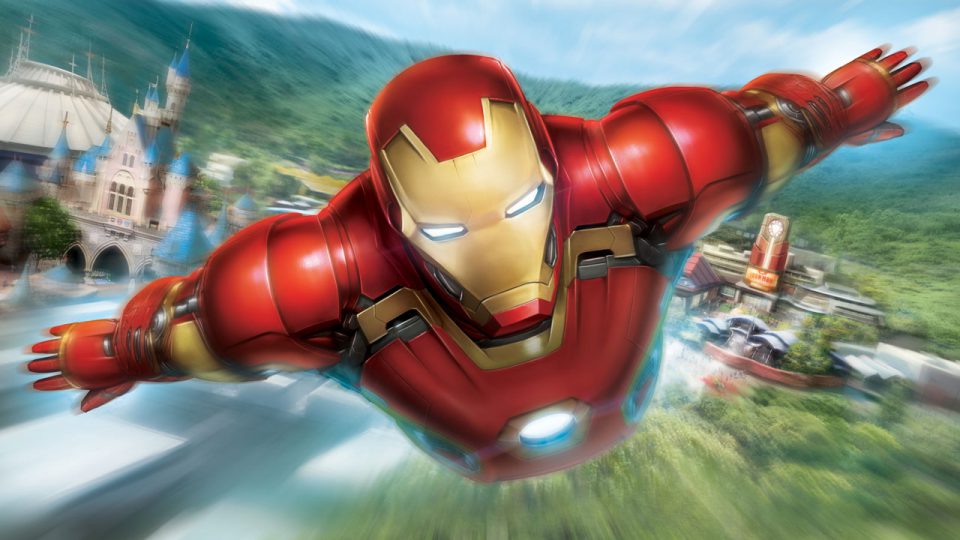 Walt Disney Parks and Resorts and the Hong Kong Government celebrated the grand opening of Iron Man Experience, the first-ever Marvel-themed ride at a Disney park and the first Disney attraction to feature the city of Hong Kong as its story setting.

“We are always pushing the boundaries of creativity and innovation so that our guests can step into the magical worlds of their favorite stories and meet their most beloved characters,” said Bob Chapek, chairman of Walt Disney Parks and Resorts. “We’re thrilled to be adding the high-tech, action-packed universe of Marvel to Hong Kong Disneyland, and we’ll continue building on it as we move into the next phase of expansion.”

With the new addition of Iron Man Experience, Hong Kong Disneyland further strengthens its role as one of the premier tourist destinations in Asia and a key driver for Hong Kong’s competitiveness as a must-visit tourism destination in Greater China and Asian markets featuring a popular and iconic character beloved by Marvel fans in the region.

Anchoring a unique storyline, the eminent innovator and pioneer Tony Stark has selected Tomorrowland in Hong Kong Disneyland to host Stark Expo, where he will show off his latest high-tech creations in various exhibition halls – the Hall of Legacy, the Hall of Protection, the Hall of Energy and the Hall of Mobility. Guests will be among the first to explore Tony Stark’s latest innovations up close and fly in a gravity-defying Iron Wing flight vehicle in Iron Man Experience. He has also made Hong Kong the Asia headquarters of Stark Industries hereafter.

The new attraction takes guests on the epic adventure of a lifetime as they join Iron Man in a battle against Hydra across the city of Hong Kong. Guests will make their way to the Hong Kong Stark Tower powered by the arc reactor and whizz alongside Iron Man through streets that resemble those in West Kowloon and downtown, and fly over iconic Hong Kong landmarks like Tsing Ma Bridge, Victoria Harbour and the city’s pristine mountain ranges.

It’s an experience that will continue to broaden the overall appeal of Hong Kong Disneyland to everyone who visits the park.