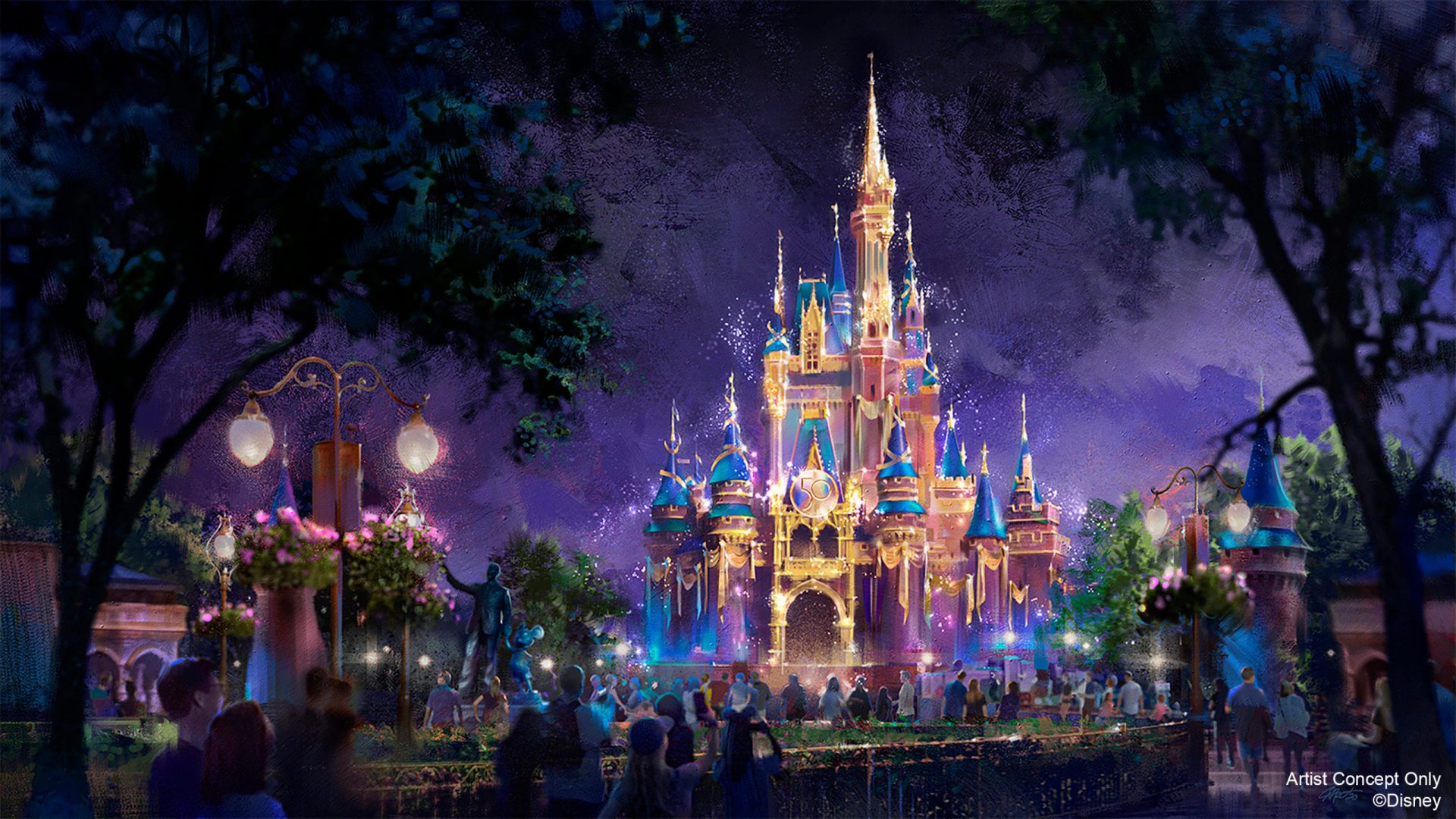 Walt Disney World Resort officially opened to the world for the first time on October 1, 1971, and was the culmination of years spent imagining, planning, and developing Walt Disney’s magical dream. In the five decades since the iconic destination continued to expand with new stories and characters and adventures to cherish for a lifetime. Now with a major milestone approaching, guests can share in “The World’s Most Magical Celebration” beginning October 1, 2021, in honor of the resort’s 50th anniversary.

This 18-month celebratory event will feature new experiences at the resort’s four theme parks and beyond, where shimmering EARidescent décor will appear as if by magic. Shining at the center of it all will be Cinderella Castle at Magic Kingdom Park, which will add to its royal makeover from 2020 with new gold bunting, sparkling golden embellishments, and other new enhancements, including a 50th anniversary crest, warmly welcoming guests to the join the festivities.

Mickey and Minnie: Dressed for the Occasion
As hosts of “The World’s Most Magical Celebration,” Mickey Mouse and Minnie Mouse will be dressed in sparkling new looks, custom-made for this special occasion. Highlights of these celebratory designs include beautifully embroidered impressions of Cinderella Castle backed by fireworks, as well as a brocade in multi-toned, EARidescent fabric – all punctuated with pops of gold.

Joining Mickey and Minnie, Walt Disney World cast members will be at the heart of this event. They will demonstrate yet again why they are renowned for their commitment to service, consistently exceeding guests’ expectations by going above and beyond to make visits to The Most Magical Place on Earth special.

Additional details about “The World’s Most Magical Celebration” will be announced in the future. For more information, visit disneyworld.com/50 and follow #DisneyWorld50 on social media platforms.

Great Scott They Did It – Pepsi Perfect Is Here!