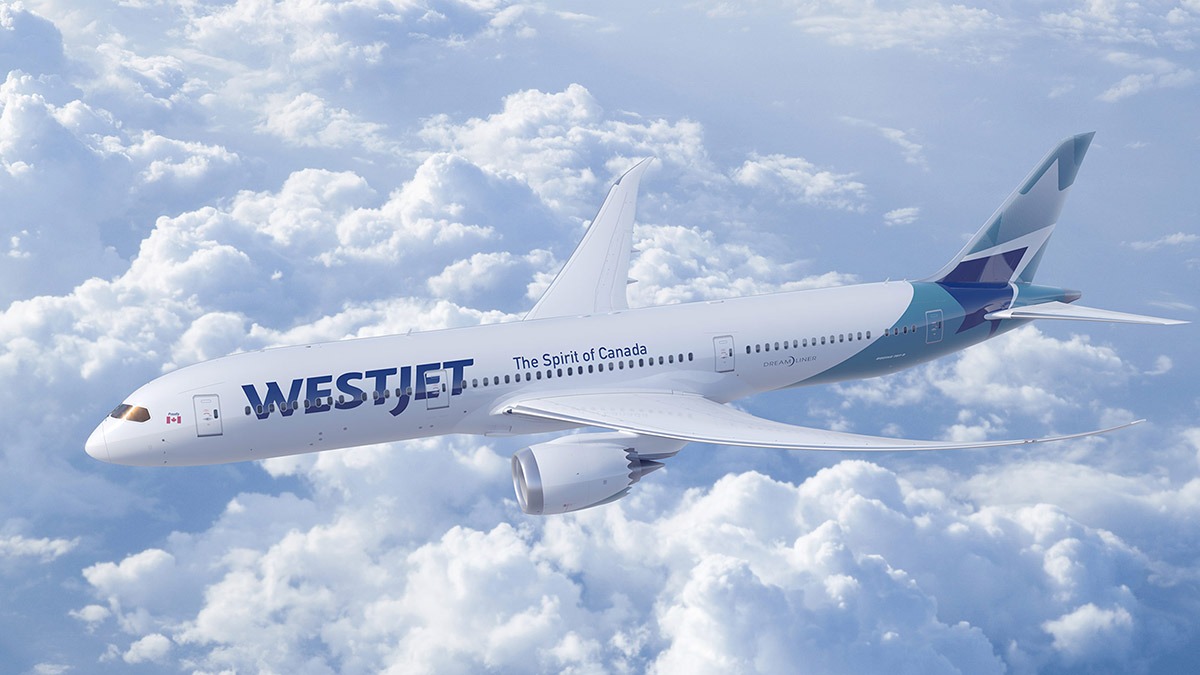 “The introduction of Boeing’s 787-9 Dreamliner, a state-of-the-art aircraft, is the dawn of a new era for WestJet and the next step in our transformation to a global network airline,” said Ed Sims, WestJet President and CEO. “The updated livery is modern and dynamic while the interior is world-class, distinctly Canadian and uniquely WestJet. Both reflect WestJet’s transition from a regional airline in 1996 to a new era of connecting Canada with the world and bringing the world to Canada.”

WestJet has firm orders of 10 Boeing 787-9 Dreamliner aircraft and options for another 10, all of which will feature the new livery, logo and interior.

“Throughout the aircraft cabin, the interior design takes inspiration from iconic Canadian landscapes. Our guests’ inflight comfort is enhanced by the uncompromising quality of the interior finish and custom details. Both WestJet and our guests are on their way to bigger things, but as only WestJet can, we will make the journey as enjoyable as the destination.”

Business Class will feature touchscreen service and on-demand dining that allows the traveller to define exactly how they like to fly. When it’s time to relax and fully unwind, lay-flat mattresses, bedding and turn-down service will offer WestJet guests the opportunity to enjoy a tranquil flight.

Premium Economy will offer comfort enhancements and service with an elevated guest experience. WestJet will also offer a premium menu, a self-serve social area, and more space to move and relax.

AIRCRAFT LIVERY AND LOGO
The updated logo and livery was overseen by Ove Brand Design. Boeing and Teague, a Seattle-based design firm, implemented the design on the aircraft.

The font has been updated to Bliss, give the WestJet wordmark a more uniform and current style, while retaining the Maple Leaf symbol in a more contemporary and bold look. The logo also now uses a single color to soften the regional emphasis on “west.”

In addition to the updated stylized Maple Leaf on the aircraft tail, another nod to WestJet’s heritage is in the form of the Canadian flag appearing at the front of the aircraft. The new livery will also marry both of Canada’s official languages with, “The Spirit of Canada” appearing on one side of the aircraft and the French translation, “L’esprit du Canada” on the other, both extending across the middle of the aircraft fuselage.

The livery will gradually appear across WestJet’s entire fleet as new aircraft are delivered in 2018 and as aircraft are repainted in their normal cycle. The Boeing 737 MAX-8 will be the first aircraft in the new livery appearing in June.

This summer, WestJet’s growing fleet will operate an average of 777 daily flights to 90 destinations. The airline recently announced its first foray to the European mainland with daily direct flights between Halifax Stanfield International Airport (YHZ) and Charles de Gaulle Airport (CDG) in Paris starting May 31.

For more information about everything WestJet, please visit westjet.com.