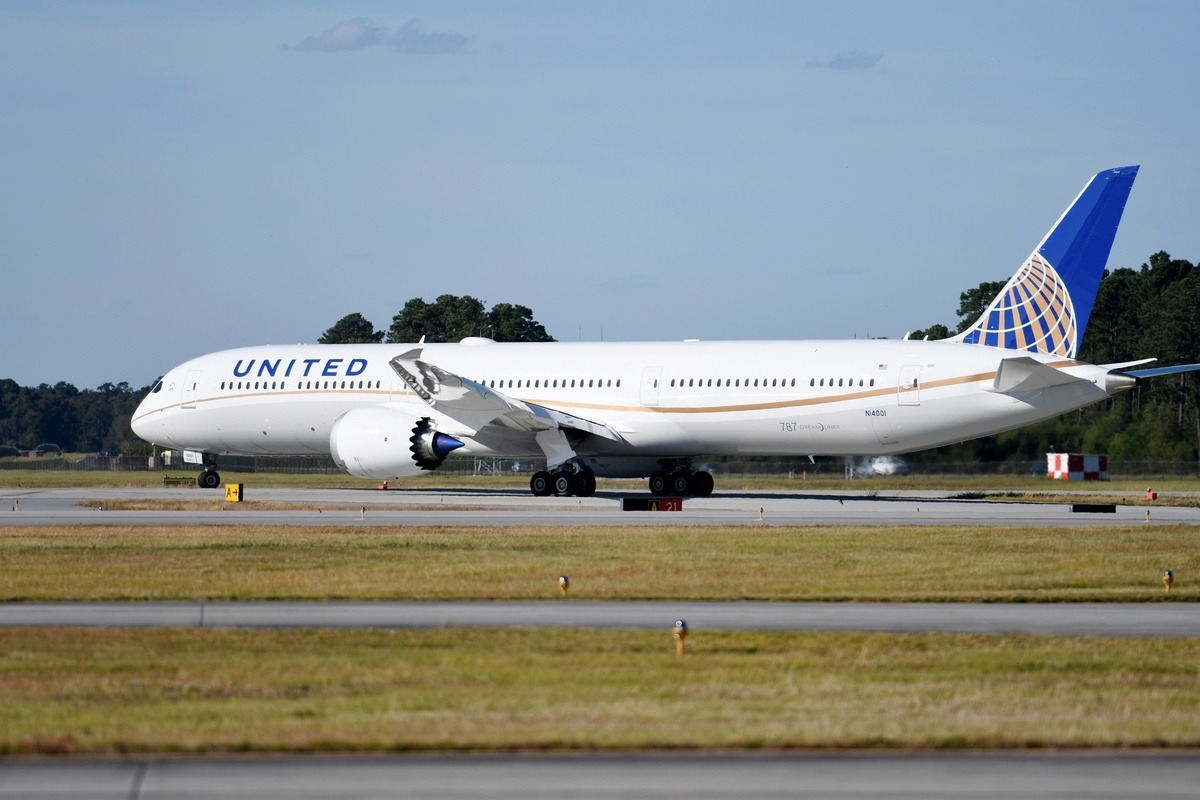 At Boeing’s 787 Dreamliner delivery center in Charleston, S.C., United Airlines took delivery of its first Boeing 787-10. United is the first North American airline to take delivery of the 787-10, and the first airline in the world to have the entire family of 787-8, 787-9 and 787-10 Dreamliners in its fleet.

“The 787-10 is an excellent addition to United’s fleet. It offers superior fuel efficiency while providing a more comfortable customer experience onboard that allows passengers to arrive at their destinations feeling more refreshed,” said Gerry Laderman, chief financial officer at United, who was at the Boeing facility for the delivery celebrations.

Earlier this month, United announced that the new Boeing 787-10 Dreamliner will be featured on transcontinental routes between Newark and Los Angeles/San Francisco starting in January.

“The United Airlines team is raising the bar again. With the new 787-10, United will fly the most fuel efficient widebody jet in commercial aviation today. The larger airplane comes with more seats, more cargo capacity, and the same Dreamliner comforts that passengers prefer,” said Ihssane Mounir, senior vice president of Commercial Sales and Marketing for The Boeing Company. “We are honored that United, a leading global carrier, has placed its trust in the 787 family, carefully optimizing their network with all three Dreamliner models.”

United is investing in advancements onboard the new Dreamliner. The 787-10 is the first aircraft to be delivered with United’s signature all aisle access Polaris business class and United® Premium Plus seats already installed. Updated lighting patterns that mimic sunrise and sunset colors will help customers in each cabin fall asleep and wake up more adjusted to new time zones. The airline is also installing a brand new seatback entertainment system that features:

The aircraft is expected to enter service between United’s Los Angeles and Newark/New York hubs on January 7. The airline expects to take delivery of 14 787-10 aircraft.

Air Canada to Launch Dreamliner Service from Ottawa to Heathrow

Delta Air Lines: Bringing Humanity Back to the Skies