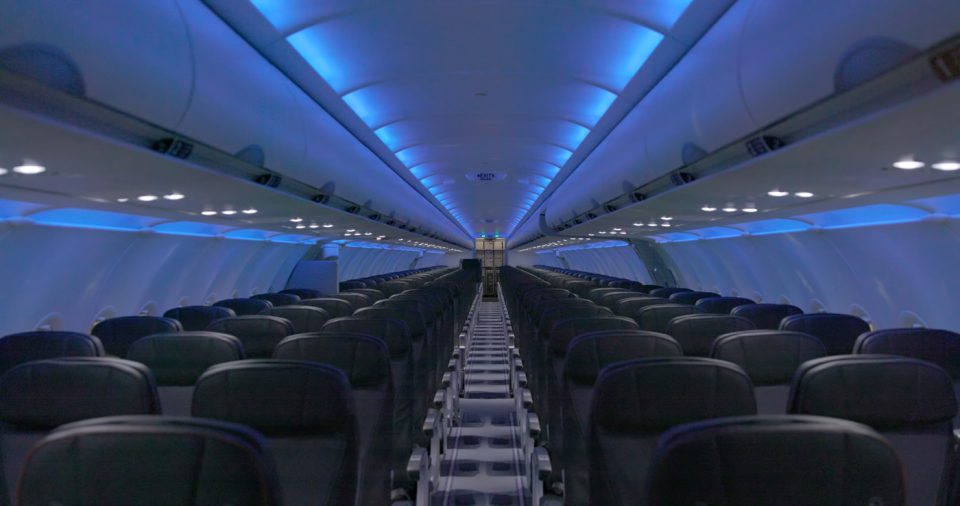 NEW YORK–(BUSINESS WIRE)– JetBlue (NASDAQ:JBLU) today announced it is further growing its presence at Fort Lauderdale-Hollywood International Airport (FLL) with plans to operate an average of 140 daily flights in the winter in the coming years. The expansion will result in roughly 75 percent growth from the carrier’s current size at its South Florida focus city.

“We are absolutely thrilled to announce the next phase of our growth at Fort Lauderdale-Hollywood International Airport,” said Marty St. George, executive vice president commercial and planning at JetBlue. “JetBlue is the number one airline in Fort Lauderdale not only because of our size, but also because we deliver the very best experience to our customers with our award-winning service and style. We served more than five million customers in Fort Lauderdale last year and they have come to expect nothing but the best when they travel with JetBlue. With things like assigned seating, unlimited free name-brand snacks and complimentary TVs and entertainment at every seat we have truly brought humanity back to air travel in South Florida.”

“The Broward County Aviation Department is elated that JetBlue is making such a huge commitment to our community with their proposed increases in service to benefit travelers in and out of FLL”, said Kent George, Director of Aviation at Fort Lauderdale-Hollywood International Airport.

Roundtrip flights between Fort Lauderdale-Hollywood and New Orleans will operate daily starting September 29, 2016. This new route will not only create a new nonstop link between South Florida and The Big Easy, but will also provide connections to JetBlue’s sizable Caribbean and Latin America Network from Fort Lauderdale-Hollywood. The airline has recently launched or announced new flights between its South Florida focus city and top destinations such as Turks & Caicos, Quito, Ecuador and Aguadilla, Puerto Rico.

Flights between Fort Lauderdale-Hollywood and New Orleans will be operated on the airline’s Airbus A320 aircraft offering the airline’s award-winning service featuring the most legroom in coach (among US carriers); free Fly-Fi, the fastest broadband internet in the sky; complimentary and unlimited name-brand snacks and soft drinks; free, live DIRECTV® programming and 100+ channels of SiriusXM® radio at every seat.

Flights between Fort Lauderdale-Hollywood and Nassau will be operated on the airline’s Embraer 190 aircraft, which features the most legroom in coach (among US carriers) and spacious two-by-two seating. All customers will enjoy the comfort of a window or aisle seat and the airline’s awarding-winning service including complimentary and unlimited name-brand snacks and soft drinks and free first-run Hollywood movies.

Discover Switzerland At A Discount With Rail Europe

Virgin America Has Your Ticket to Paradise: New Flights to Maui