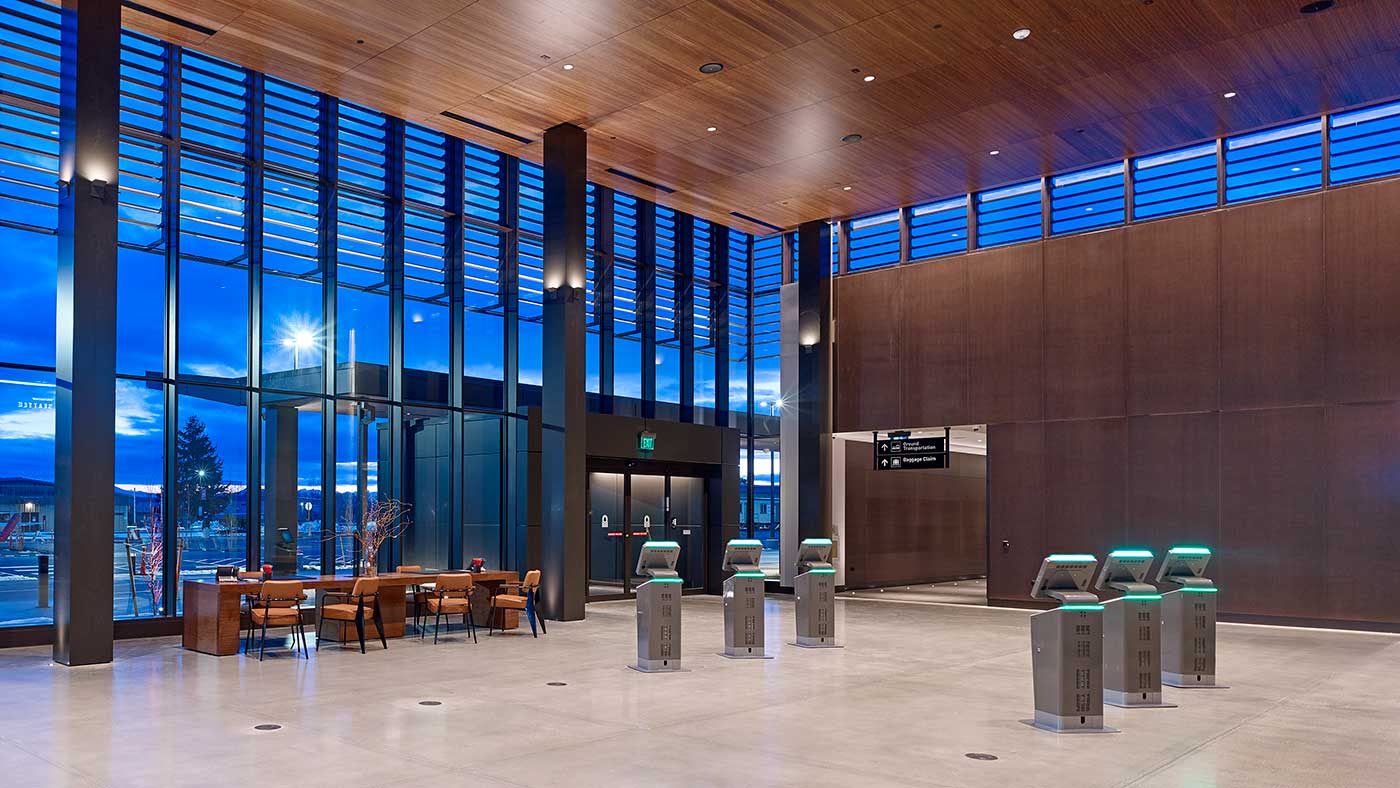 The wait is over! Starting today, commercial flight service will begin from Everett’s Paine Field. Originally scheduled to start in mid-February, flight operations were put on hold due to the government shutdown. Final clearance from the Federal Aviation Administration was required before flights could begin service.

United is offering six daily departures with two to Denver, CO and four to San Francisco, CA. Originally, Southwest Airlines was also going to serve Paine Field, but decided against that in mid-2018. Alaska proceeded to take over the five flight slots vacated by Southwest.

The two-gate terminal is expected to see 1.4 million passengers each year and cost approximately $40 million to construct. Before flying out of Paine Field for the first time, passengers may be wondering the best route to get there, where to park, and what food and drink options are available. Propeller Airports – which operates the new terminal – has launched a website to help travelers plan their trips.