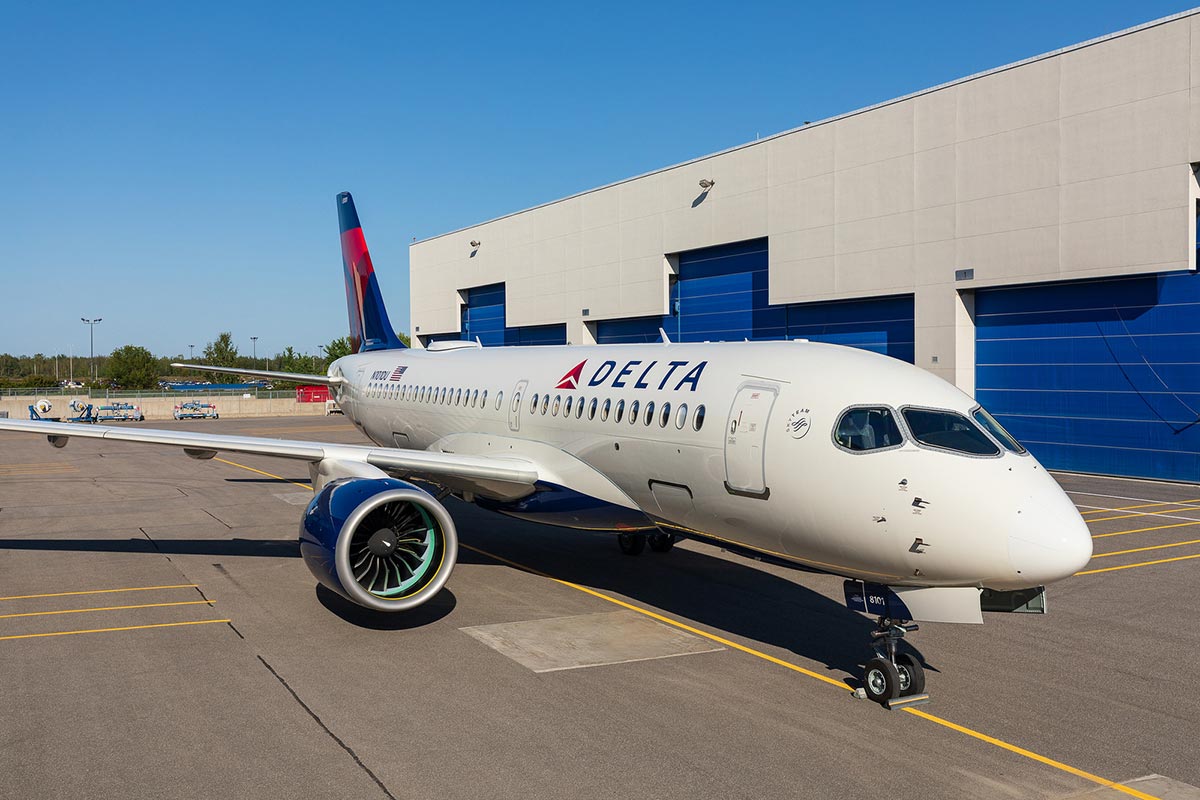 The next era of air travel has started with Delta selling top domestic business routes on the new A220-100 aircraft, a state-of-the-art narrowbody jet with all the amenities and luxury of a widebody aircraft. Inaugural A220 flights are set to depart on January 31, 2019, from Delta’s hub at New York’s LaGuardia airport to its growing operation at Boston Logan International, and from LaGuardia to top business destination Dallas/Ft. Worth.*

Routes featuring the A220 that are now on sale include:​

*Denotes route that will eventually be operated fully by A220

Delta will be the first U.S. airline to take delivery of the A220, formerly known as the “C Series,” which will feature a modern interior with a spacious, widebody feel, and best-in-class fuel performance. Delta is upgrading its fleet to replace less-efficient aircraft with highly efficient and state-of-the-art aircraft like the A220 as well as new Boeing 737-900ERs, Airbus A321s, Airbus A350s as well as Airbus A330-900neo and Airbus A321neo.

“This aircraft is the culmination of years of listening to our customers and responding with design innovations that continue to improve Delta’s domestic in-flight experience,” said Tim Mapes, S.V.P.​ and Chief Marketing Officer. “From high-resolution seat-back entertainment screens to the widest Main Cabin seats in our fleet, the A220 will deliver an experience our customers will look forward to every time they fly.”

DELTA COMFORT+ – Customers flying in Delta Comfort+ on the A220 can expect thoughtful extras, like more legroom and dedicated overhead bin space, in a customer-preferred two-by-three seat configuration.

FIRST CLASS – In the First Class cabin, customers can look forward to the debut of a new, modern First Class seat design in a two-by-two layout, featuring the largest IFE screens of any Delta domestic First Class seat.

Powered by Pratt & Whitney’s latest geared turbofan PW1500G engine, the A220 takes advantage of advanced technology and composite materials designed to deliver an expected 20 percent improvement in fuel efficiency over similar-sized aircraft when it enters service with Delta.

For more details, including schedules and fares, visit Delta.com.