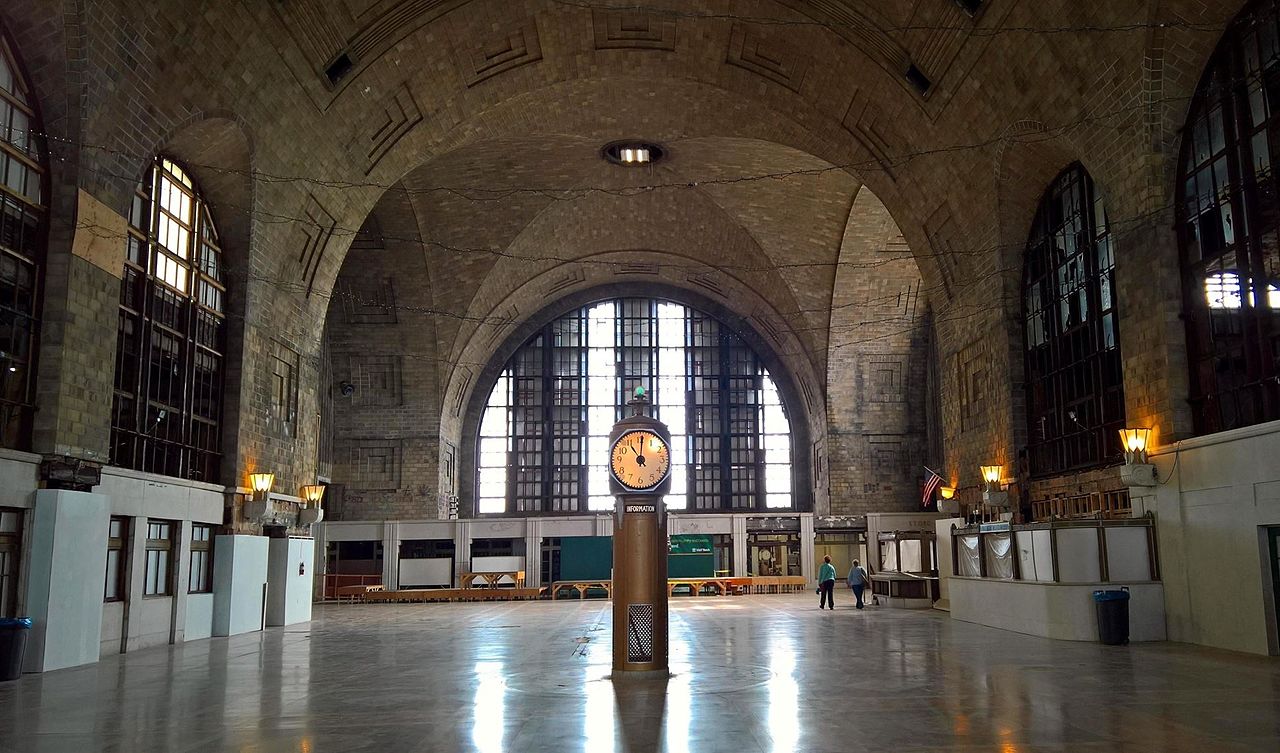 Throughout the City of Buffalo, New York, in the western section of the state, historic transformations are taking place at multiple locations. One of these locations happens to be the iconic Buffalo Central Terminal, which is celebrating its 90th anniversary today.

Construction began in 1927, and on June 22, 1929, the first train departed from the new terminal. Right on the advertised, the eastbound Empire State Express departed at 2:00 p.m. The opening event included a Chamber of Commerce Gala in which 2,200 people attended. It was the largest even in Buffalo at the time.

The complex consists of the Grand Concourse measuring 450’ long, 60’ wide with 60’ vaulted Gustavino tile ceilings, 17-story office tower and the five-story baggage building along Curtiss Street. The complex sits on an 18-acre site just east of downtown Buffalo and appears as a bookend to Buffalo’s Art Deco City Hall.

Although the Central Terminal had the misfortune to open mere months before the onset of the Great Depression, the building was extremely busy during its first two decades of operation, with no period busier than during World War II. However, like many other passenger train routes and stations, post-war times started to eat away at the success of passenger trains.

In 1956, BCT is put on the market for $1,000,000 (1/14th of its original cost) due to the loss of revenue and a steep decline in train use. In 1968, the New York Central Railroad and Pennsylvania Railroad merge, forming the Penn Central System, the terminal’s second owner. In 1970, the Penn Central itself filed for bankruptcy. 1971 marked the end of freight railroad-operated passenger trains and the beginning of Amtrak.

During the 1980s, the terminal continued to fall into a state of disrepair. But thankfully, in 1984, the terminal is placed on State and National Registers of Historic Places.

In August of 1997, the Buffalo Central Terminal property is transferred to the Central Terminal Restoration Corporation. After almost 20 years of neglect and abuse, CTRC principals and visionaries Scott Field, Tim Tielman, and Tom Hryvniak lead the way in beginning to preserve this landmark.

The Buffalo Central Terminal reopened to the public in 2003 with a series of tours and open houses. Since then the tours continue, as well as a number of other events throughout the summer and fall. Fundraising efforts also took place over the years to restore the concourse clock and in 2009, it officially returned to the terminal.

Today, the Buffalo Central Terminal is alive and well. Granted, void of passenger train service, but major renovations still continue, along with well-attended events, and an adapted “Hard Hat” tour to view the historic renovations.

On your next trip to the Niagara Falls region, roll through Buffalo and make sure to check out the Buffalo Central Terminal.