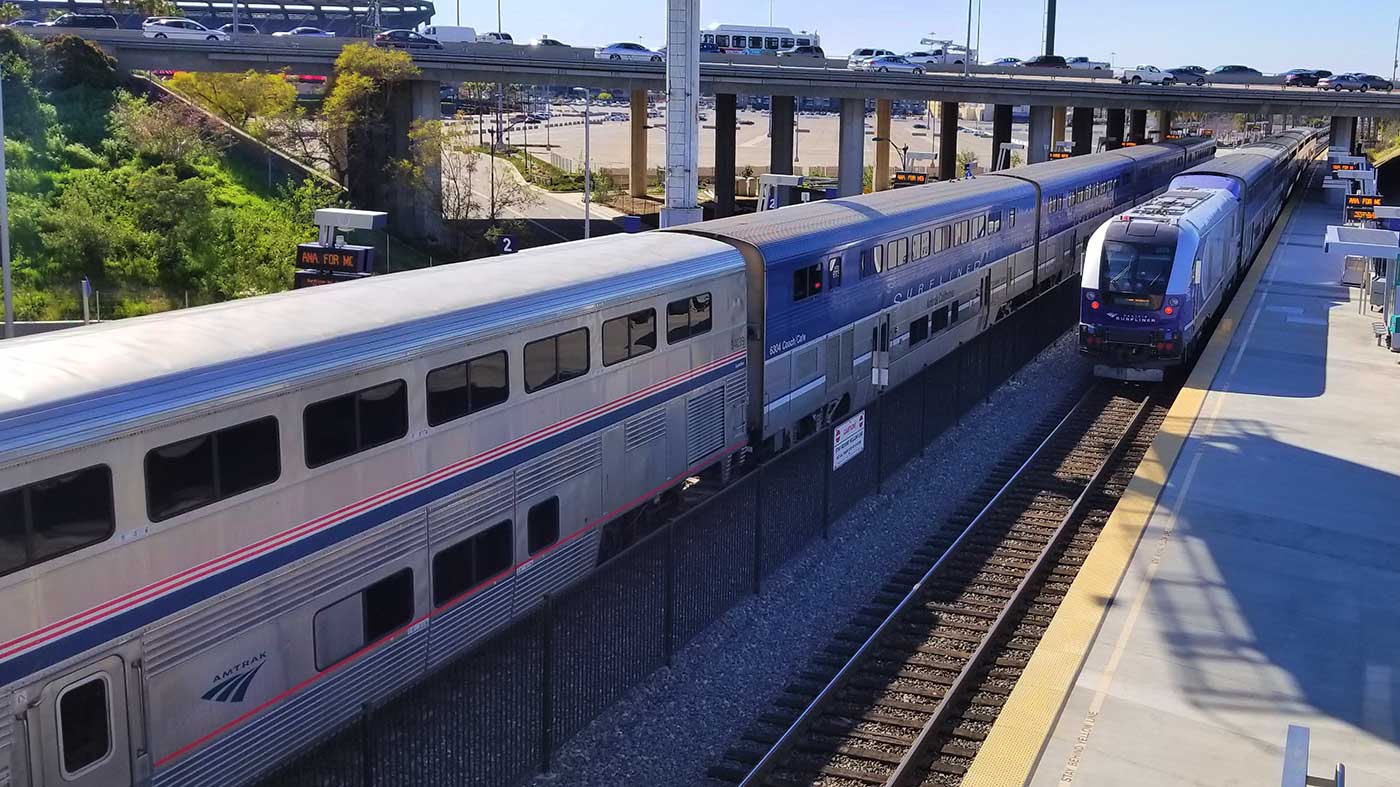 Heading to San Diego for the 50th anniversary of Comic-Con International? You can skip the freeway traffic, hotel parking fees, and take the Amtrak Pacific Surfliner.

Amtrak is adding extra staff and equipment to meet the demand of travelers. Over the five-day period, July 17-21, they are adding extra trains and approximately 9,500 additional seats to the trains on the route. 14 extra cars are being placed into service to expand capacity on peak days (Wednesday and Sunday) as well to meet the projected demand.

More than 160,000 people visit San Diego every year for Comic-Con International. The four-day convention has grown to be the largest of its kind, with a 460,000 square foot exhibit hall and more than 700 events, including workshops, panels, film screenings, and competitions. Comic-Con is typically one of the busiest weeks on the Amtrak Pacific Surfliner, as fans of comic books and pop culture, industry professionals and even cosplayers fill the trains to and from the convention.

This year, the convention falls on the same weekend as the start of the summer racing season at the Del Mar Thoroughbred Club, so trains will be even busier between Los Angeles and Solana Beach (a few stops north of the downtown San Diego Station) from July 17 to 21, 2019.

To help accommodate the surge in travelers between July 17 and 21, 2019, Amtrak will add extra Pacific Surfliner trains between Los Angeles and San Diego.