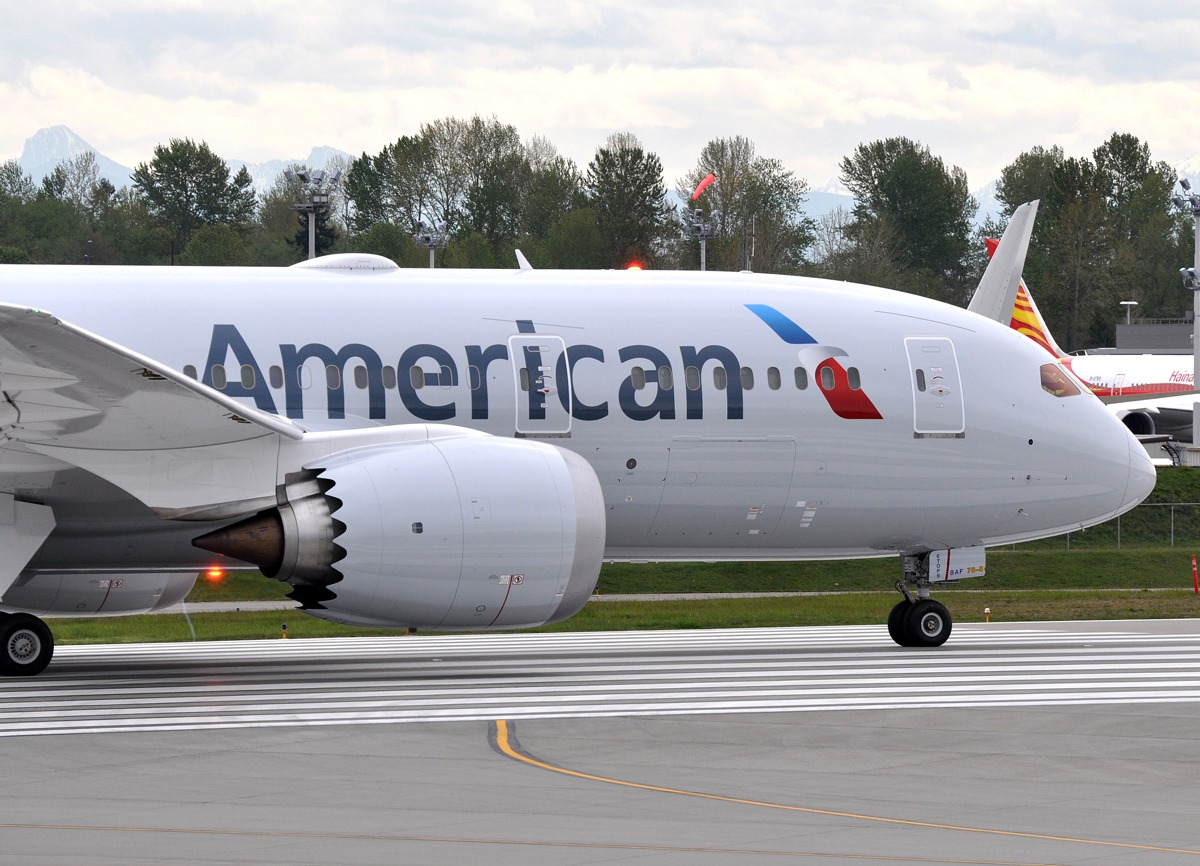 American currently operates a fleet of 35 787s to destinations such as Tokyo, São Paulo and Paris. American will operate 89 787s once all aircraft under its previous order and the order announced today are delivered.

As part of the strategy to simplify its fleet, American agreed with Airbus today to terminate its order for 22 A350s, which was originally placed by US Airways.

“We have two excellent partners in Boeing and Airbus and our relationship with both manufacturers goes back many years. Both offer specific aircraft that provide us with the right lift on specific missions across our global network,” said President Robert Isom. “This was a difficult decision between the Boeing 787 and the Airbus A350 and A330neo and we thank both manufacturers for their aggressive efforts to earn more of American’s business. In the end, our goal to simplify our fleet made the 787 a more compelling choice.”

When compared to the aircraft they will replace, the 787 will provide the airline with improved fuel efficiency, lower maintenance costs, greater range, and an enhanced customer experience. Notably, the 787 earns American’s highest overall customer satisfaction scores among widebodies, as well as in the areas of seat comfort, carry-on storage space and in-flight entertainment.

“Today’s announcement is influenced by our goal to simplify our fleet and reduce the number of aircraft types we operate. Our prior plan would have had us operating five widebody aircraft types, and with today’s announcement we will soon reduce that to three,” Chief Financial Officer Derek Kerr said. “These new replacement aircraft are consistent with our previous plans for the size of our widebody fleet.”

“We see significant advantages to carrying common fleet types, including creating less friction in our operation when aircraft swaps are necessary, reducing inventory needs, and creating a more consistent service for customers and team members.”

As part of today’s order, American has also reached an agreement with Boeing to defer the delivery of 40 737 MAX aircraft previously scheduled to arrive between 2020 and 2022. The revised delivery schedule will better align with planned retirements of other narrowbody aircraft.